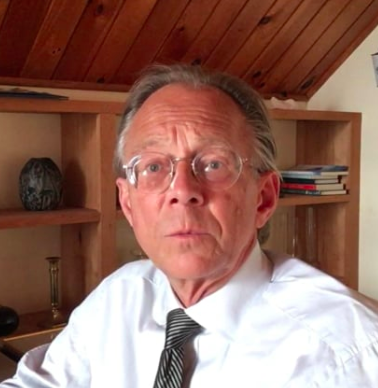 In business literature I have seen the phrase “getting paid for who you are instead of what you do”. This implies that some people bring value because of the depth of their knowledge and their appreciation of all the nuances in their field, the authority with which they render their opinion or because of their ability to influence others.

The differences between services with the same CPT code for the same ICD-10 code aren’t, hopefully, quite that vast. But they’re also not always the same or of the same value. There is a huge difference between “I don’t know what that spot is, but it looks harmless” and “It’s a dermatofibroma, a harmless clump of scar tissue that, even though it’s not cancerous, sometimes grows back if you remove it, so we leave them alone if they don’t get in your way”.

I always feel a twinge of dissatisfaction when, after a visit, a patient says “Thanks for your time”. It always makes me wonder, on some level, “did my patient not get anything out of this other than the passage of time, did we not accomplish anything”?

It reminds me of a phrase from an ancient Swedish language course on cassette my first American girlfriend played over and over (she eventually became fluent, but only by living in Sweden): “Vad kostar tre minuter?” (”How much is three minutes”, referring to operator connected long distance phone calls.)

Three minutes of static on a phone line or three minutes with a dear one can never seem like the same three minutes, so thanking a doctor for his or her time only makes me think of an almost wasted encounter, almost like “thanks anyway”.

Now, one thing about charging for time that isn’t completely ridiculous is the fact that you can charge even if you don’t do a physical exam if “greater than 50%” of the visit was spent on “counseling and education“, which is pretty much the majority of what we do in primary care.

We are all familiar with Einstein’s formula E=mc2. He showed that energy equals mass times the speed of light squared.

Einstein’s formula, if you allow speed to be variable, also applies to calculating the impact of head-on motor vehicle collisions or the stopping distance of a freight train.

In medicine, just like in physics, the energy (impact) of a visit and the mass of its actual, meaningful medical content are really just different manifestations of the same thing. Their conversion factor is time.

When calculating the stopping distance of a train or impact of a head on vehicle collision, the speed means a whole lot more than the weight (mass) of the moving object. In our business, energy and mass are presumed constants and therefore time is thought of as the variable, especially when it comes to provider scheduling.

All of us intuitively know that a ping pong ball traveling at many times the speed of a slow moving freight train would still never cause similar damage on impact.

Similarly “Mass” in medicine (or “amount of clinical information considered or conveyed”) can vary enormously and isn’t always what it appears to be. Let’s say an unknown, untrusted clinician speaks at length, using many big words and all the patient hears is the “static” of one of my three minute phone call examples above.

What if “Mass” in these sample formulas is not what the provider THINKS (and documents) is delivered, but actually what the patient receives or “HEARS”?

It seems as if the staticky three minute phone call is like an office visit with a provider with lower credibility due to less relationship or shared history, resulting in less therapeutic weight and impact.

“Medicine, at least in the non-procedural specialties, is a relationship based business. If a hostile stranger spends fifteen minutes trying to change your behavior, is that more effective or more valuable than if a trusted doctor, friend or admired mentor mentions the same thing almost in passing?”

So, instead of thinking of TIME as the variable, as in 15, 20 or 30 minute visits, we need to look harder at the “Mass”, or what might be called effective content of a visit.

Let’s think of time as a constant and accept that during their career, clinicians have the same number of hours available to them every week.

Let’s think more about the two things that are the value laden variables in Einstein’s theory:

If we counsel smokers at a rate of a hundred every month and none of them actually quit, does anybody really believe that is that better than succeeding a dozen times a month with fewer patients?

Health care should not be a speed contest. That would be like saying we could increase cardiac output in heart failure patients by increasing their heart rate. We all know from medical school that this isn’t true if their heart rate was normal to begin with. Like I explain to my patients: if you try to flush your toilet too frequently, each flush will become less effective.

So, while speed in medical encounters may not be a absolute constant, its variability is definitely limited, and as we approach that limit, we risk becoming less and less effective.

I believe it is easier and more effective to work on increasing the value and weight of each of our clinical encounters. Then, and only then, might it be possible to improve our speed. This is where the idea of being paid for who you are instead of what you do comes in. One sentence of advice from a professor, judge, priest, guru, most trusted friend or personal physician could be worth much more than fifteen minutes with a generic health care provider.

Hans Duvefelt is a Swedish-born rural Family Physician in Maine. This post originally appeared on his blog, A Country Doctor Writes, here.