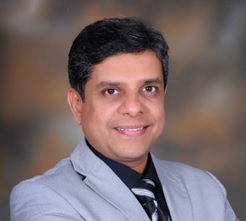 On February 3, 2020, the luxury cruise ship Diamond Princess docked on Japanese shores and was promptly quarantined with 3711 people on board, because a passenger who had disembarked at Hong Kong two days earlier had tested positive for SARS-Cov-2,  or also known as  COVID-19. Passengers & crew members were either repatriated or hospitalized in Japan over the next 4 weeks. In total,, more than 700 of them were found to be infected with the virus. This was a unique opportunity – a Petri dish in a ship, if you may – for epidemiologists and virologists to study the disease and the virus.

At the beginning of this global pandemic, health care professionals and policymakers used data from the Diamond Princess experience and inferences thereof, such as infectivity & death rates, as a supplement to the observations from Wuhan. They used the data to derive models on how the pandemic will play out in the rest of the world. Later, after widespread devastation in Iran, Europe, & the United States, and after relative containment in Taiwan, South Korea & Singapore, experts have access to larger datasets & a variety of scenarios to help develop disease virulence predictions and control models.

So far, authorities in the Indian subcontinent appear to copy strategies of other countries to combat the spread of the pandemic. The curves of exponential ascendency of COVID-19’s spread across countries appear identical in nature, except in a few where health care response is more regimented. Yet, there is speculation about the virus’s survival in India’s climatic conditions: Indians may have a better “innate resistance” and the impact of compulsory the BCG vaccination in most Indians may have some effect on the expression of the disease in the country. Therefore, it may be worthwhile for India to study the actual transmission, clinical expression, and outcomes of the disease in her own population and design responses to the pandemic based on those studies.

That is to say, we must find our own Diamond Princess before we find our Wuhan.

The government of India maintains that COVID-19 has not reached Stage 3 in the country yet. However, sceptics point at the shortened doubling rate and debunk the government’s position saying that community transmission of  SARS-Cov-2 has already begun. What is funny is that, even after knowing that India’s case trajectory is mirroring nearly every other country’s graph, the country – with people barely practicing adequate social distancing & violating lockdowns at their will – acts surprised that their COVID-19 numbers are rising! Primetime television is host to a raucous blame game: one set of people criticize the Government for delayed initiation of lockdown & for poor organization of logistics; and another set of people hold reckless behavior by potentially infected individuals and groups as a reason for rapid spread.

A singular event that has earned extraordinary ire from the public & media as being the largest cluster of COVID-19 cases in India is the Tablighi Jamaat (TJ), an Islamic conference held in Nizamuddin Markaz, New Delhi in March. Following this congregation, there was a sudden upsurge in the number of COVID-19 positive cases in several states of India. Many states reported that a major proportion of positive cases were delegates from the ‘Markaz’ congregation and their immediate contacts. Naturally, angry voices in the mainstream & social media were heard blaming the Tablighi, and implicitly the Muslim community for ‘un-flattening’ the COVID-19 curve. Some even accused Muslims of deliberately plotting to spread the disease in the country saying that the Markaz delegates from some states refused to come forward for testing/quarantine as per the government’s advice to health care workers trying to test the Markaz attendees were attacked in some places has not helped assuage this widespread suspicion.

Countering this blame were voices that criticized the establishment of selectively targeting attendees for testing instead of making testing more widespread. Their contention argued that this led to skewed statistics with a disproportionate number of TJ cases. Fresh from the recent CAA protests, Muslims and their liberal supporters accused the Government and the right wing of aggravating the prevailing atmosphere of Islamophobia in the society.

In the midst of this melee, what was overlooked was that the TJ congregation is a unique epidemiological opportunity for India to study the behavior of SARS CoV2 infection in the country.

The events surrounding the TJ congregation at the Nizamuddin Markaz in March aren’t very clear. Some reports say that the event was inaugurated on  March 2nd-3rd, and thousands of delegates, and many batches from overseas attended the gatherings.. The annual Ijtema was held between March 13th -15th  and approximately 4500 -8000 delegates (depending on which news you read) attended this event. On March 16th, the Delhi Government ordered that no more than 50 people can gather for any meetings including religious conventions. Following this, and until the intervention of India’s National Security Advisor on March 28-29th, more than 2300 delegates were sequestered at the Markaz, apparently not wearing masks and not strictly practicing social distancing norms. The evacuation of all these delegates from the mosque was accomplished only between March 29th and 31st.

Now, this situation is somewhat akin to the Diamond Princess scenario. Markaz delegates were adult men of different age groups and presumably some had comorbidities. Since it was a well-planned conference, the identity and contact details of every delegate is known to the organizers. A bit of investigation into the proceedings of the conference can help understand the type of interaction & contact the delegates had with the others.

For a moment, let us ignore the number of people each of the infected delegates managed to infect after the conference. Purely focusing on the cohort of primary delegates, we can study:

1. The rate of COVID-19 infections without social distancing

3. What percentage will develop severe infections that require hospitalization?

4. What will be the death rate?

5. What are the factors that predict severe infection and mortality?

Data generated by such a study can give unique insights that can be used to plan the future of the pandemic in the country. Fundamentally, we have to understand that attending a legally permitted religious conference is no crime. Contracting a contagion in the Markaz is no different than contracting it in a Luxury Cruise ship. Stigmatizing Markaz attendees or their contacts is only going to feed the divisiveness.

On the other hand, volunteering information about going to Tablighi Jamaat Markaz is no embarrassment or blasphemy. Getting tested and submitting to quarantine as needed is a moral obligation of the delegates to their loved ones & society.

The scientific spirit must trump fundamentalism to protect the human race.

The post Can The Tablighi Jamaat’s Conference be India’s Own Epidemiological Diamond Princess? appeared first on The Health Care Blog.