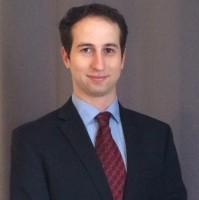 By ROSEMARIE DAY and NIKO LEHMAN-WHITE

One of the most important responsibilities of the American government is to protect its citizens from harmful industry practices, from lead poisoning to dangerous pharmaceuticals to financial meltdowns. Its record is far from perfect, but government regulators usually act in good faith and in turn earn the trust of those they protect. As we head into Tuesday’s election, it’s important to shine a spotlight on the fact that the Trump administration has betrayed that trust yet again. They have allowed low-quality, unregulated forms of insurance called Short-Term Limited Duration Insurance (STLDI) to prey upon those who lost their jobs during this pandemic. Also known as “junk” insurance, this issue has gotten far less attention than the need to protect people with pre-existing conditions. But the consequences of its inadequate coverage can be just as devastating.

Only 57% of STLDI plans cover mental health care, only 29% cover prescription drugs, and virtually none cover pregnancy. These plans are also allowed to discriminate against the sick, which most do in order to save money. STLDI managed to penetrate the market through a combination of cheap prices, lucrative broker incentives, and deceptive marketing.

Consumers get very little back for their money with these plans. Plans on the Affordable Care Act’s exchanges must spend 80 cents out of every premium dollar collected on care. In 2018, the top five STLDI insurers spent only 43 cents.

Originally envisioned as short-term solutions to gaps caused by unexpected coverage loss, the Trump administration extended their maximum length from three to 12 months and allowed renewals that can essentially extend them to three years, thus drawing consumers away from the individual markets established under Obamacare. This was essentially a kick in the gut for the law, after the current administration was unable to win any legislative or court battles against it.

These last few years, the shortcomings of these plans have been blindsiding consumers, leaving some with hefty bills for $200,000 heart surgeries and $800,000 cancer treatments. But the current pandemic has exposed just how vulnerable consumers are and just how little foresight the Trump administration displayed in allowing these plans to operate freely.

An investigative report by the Economic Studies department at Brookings and the University of Southern California called STLDI brokers, agents and other salespeople posing as consumers. They found that these entities were greatly exaggerating the extent of coverage: only one out of nine provide an accurate description of the plan’s COVID-19 treatment coverage, and half of the others provided information that was demonstrably false. This is extremely concerning. With hospital bills for COVID treatment often reaching into the tens of thousands of dollars, unaware patients will be caught with devastating surprises.

States have a number of effective options to protect consumers from this junk insurance, and many have already taken action. They can limit their duration, require a minimum Medical Loss Ratio, require disclosures, prohibit pre-existing condition discrimination, and outright ban the plans, among other options. But in the absence of federal oversight, residents of many states are left unprotected.

14 million Americans are expected to lose their health coverage during this pandemic and will be unable to switch to a family member’s plan or be eligible for Medicaid. These Americans are vulnerable to these predatory plans. With the election right around the corner, it’s time for all states to protect consumers from being taken advantage of. And it’s time for the people to hold our state and federal governments accountable for our safety and consumer rights.

Rosemarie Day (@Rosemarie_Day1) is the Founder & CEO of Day Health Strategies and author of “Marching Toward Coverage:  How Women Can Lead the Fight for Universal Healthcare” (Beacon Press, 2020).

Niko Lehman-White is a Consultant with Day Health Strategies.