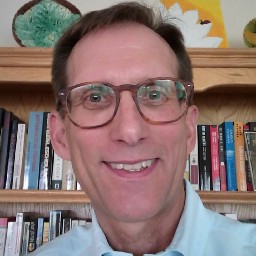 The Ever Given is free!

Admit it: you’ve been following the story about the huge container ship stuck in the Suez Canal.  It’s about the size of the Empire State building laid flat, and somehow ended up blocking one of the busiest waterways in the world.

As serious as this was for global shipping and all of us who depend on it, much hilarity ensued.  Memes exploded, using this as a metaphor for almost everything, healthcare included.  Once there started to be hope for getting the Ever Given free, people started new memes that it should be “put back.”

Well, I’m a sucker for a funny meme and a good metaphor too.  Our healthcare system is that canal, and we’re the unfortunate ship.  Only it doesn’t look like we’re getting unstuck anytime soon.

The Ever Given got stuck a week ago.  It is one of the world’s largest container ships, but high winds, poor visibility (due to a dust storm), and, perhaps, human error caused things to go sidewise, literally.  It got stuck on the banks.  Over 300 other ships have been blocked as a result; alternative routes add several thousand miles to the trip, making it a tough choice between waiting/hoping and rerouting.

The Suez Canal carries about 10% of worldwide maritime traffic, worth as much as $10b daily.  It has been around since 1869 – far longer than the similarly important Panama Canal – and has been widened/deepened several times since.  Ships keep getting bigger and bigger, carrying more and more cargo, as globalization has created boom times for shipping (or, rather, shipping created boom times for globalization).

As the wags at The Atlantic put it, “we’re going to need a smaller boat.”

As soon as it became evident that the Ever Given wasn’t going to be freed quickly, warnings about the impacts on supply chains started, such as for toilet paper or appliances.  It was like last spring all over again, although for different reasons.  During the pandemic, we suddenly found that relying on just-in-time globalization for essential pandemic supplies like masks and other PPE, prescription drugs, or ventilators was a risky bet.

We have so many problems, in the U.S. and in the world, and the Ever Given just seemed to typify our frustrations; thus the memes.  Travis M. Andrews summed things up in The Washington Post:

Let’s put it this way: When someone joked that we’re five minutes away from learning “all of our vaccines were being stored on the big ship stuck in the Suez Canal for some reason,” it took an uncomfortably long second to realize that’s fiction. The whole thing feels so absurd, so ridiculous, so perfectly on-brand for the state of the world that it crossed the bridge from “heinous” to “hilarious.”

We should keep in mind that, as Admiral James Stavridis (Ret.) warned in Time, the Suez Canal is not the only vulnerable chokepoint.  He cited the Strait of Malacca, the Strait of Bab-El-Mandeb, the Strait of Hormuz, the Bosporus Strait, and, of course, the Panama Canal as others.  His warning:

Last week it was the Suez canal, but in the years ahead, all of these choke points are vulnerable. Preparing now to deal with the potential challenges makes sense, instead of trying to figure it out as we stumble along as happened in the recent Suez crisis.

The pandemic took most countries by surprise.  We didn’t have the right tests, in the right quantities, and the U.S. in particular struggled to go into mass production of them.  Few countries were prepared to do the needed testing and contact tracing.  At first we didn’t have enough masks, then masks became a political flashpoint.  The FDA granted Emergency Use Authorizations (EUAs) freely, sometimes based on good data, sometimes not.

Our underfunded public health system struggled to make headway, but a lack of a national plan, lack of needed authority, and partisan attacks weakened responses.  Many public health officials received death threats, and scores resigned due to the pressure.

Due to good luck, good science, or Operation Warp Speed, we now have several very effective vaccines.  Despite that, scoring an appointment to get one has often seemed like The Hunger Games, and, even when we got one, there was no systemic way to track who received which type when.

Still, vaccinations are finally skyrocketing.  We’re still a long way from herd immunity, but people are starting to feel hopeful.  Perhaps too hopeful; we’re seeing people on spring break  and states reopening as if there was no pandemic.  CDC Director Rochelle Walensky says she has a feeling of “impending doom,” admitting: “We have so much to look forward to, so much promise and potential of where we are, and so much reason for hope. But right now I’m scared.”

We should all be.

The pandemic reminded us of the problems we have in our healthcare system.  Primary care floundered, and things got even worse for rural hospitals.  We had no good way to track or report needed data.  Our underlying comorbidities made us more vulnerable to COVID-19.  People of color were hit hardest and are trailing in receiving vaccines – less out of reluctance than availability.  Loss of jobs means millions also lost health insurance.

All of these choke points are vulnerable.  This time it was COVID-19, but none are going away even when/if COVID-19 does.

Like those container ships, we’re getting bigger (unfortunately), and our health is becoming more complex, with most of us having chronic conditions.  Unlike the Suez Canal, our healthcare system wasn’t built in the 19th century, but it is largely still based on its 20th century roots (e.g., medical education, hospitals, employer-based health insurance).  It is not ready for the 21st century.

We might like to think that COVID-19 was a once-in-a-century event, caused by some fluke winds that drove us into the banks (and aided by some human error), but the fact of the matter is that there will always be adverse winds, undertows, and bad human decisions.  We’re at risk of running aground again.

So let’s enjoy the memes.  Let’s wear our masks and get our vaccinations.  But when it comes to our healthcare, we better take Admiral Stavridis’ admonition to heart: “Preparing now to deal with the potential challenges makes sense, instead of trying to figure it out as we stumble along.”

Enough with the stumbling along.

Kim is a former emarketing exec at a major Blues plan, editor of the late & lamented Tincture.io, and now regular THCB contributor.