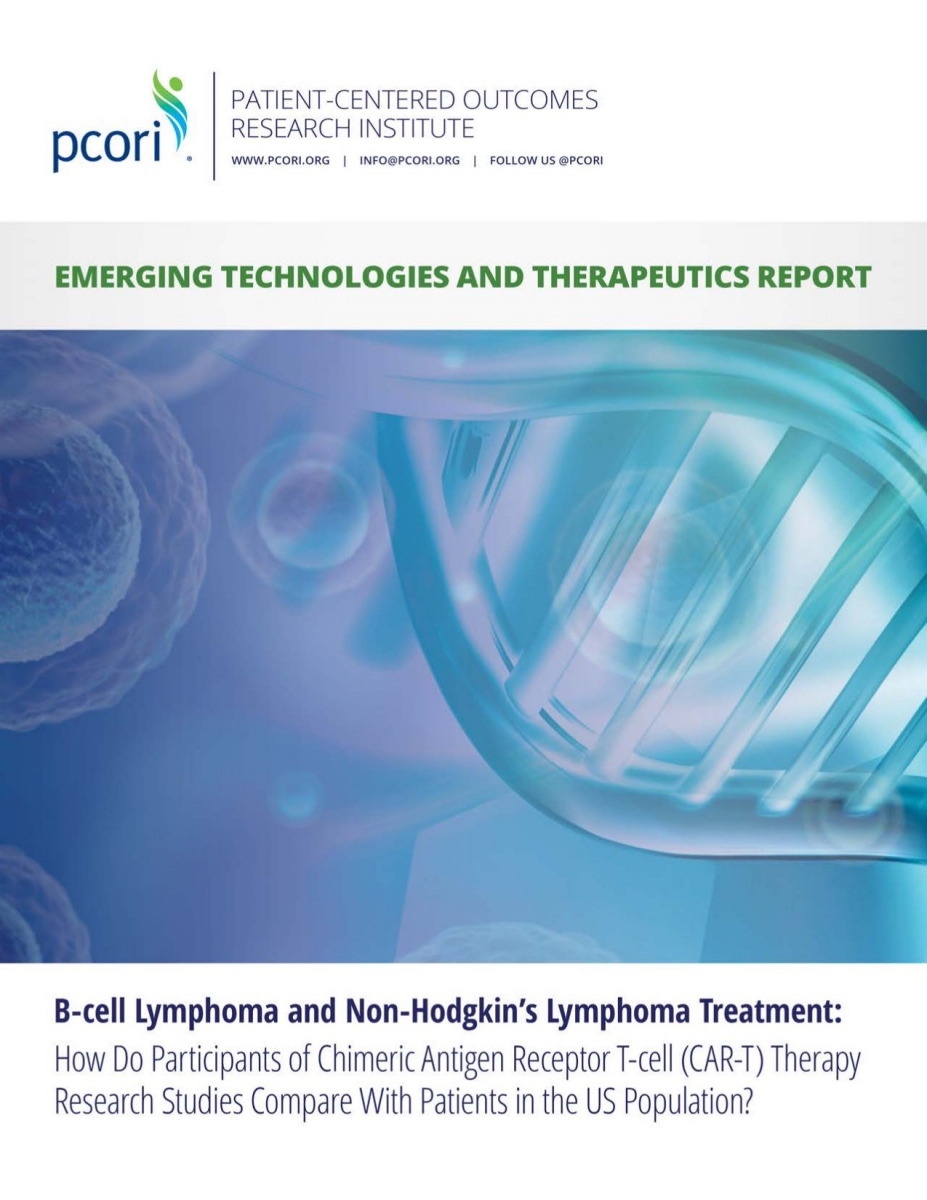 Human gene therapy has evolved rapidly, and chimeric antigen receptor T-cell (CAR-T) therapy appears to be a promising treatment for B-cell lymphoma and non-Hodgkin’s lymphoma. In 2017, the US Food and Drug Administration approved 2 CAR-T interventions, Kymriah (Tisagenlecleucel) and Yescarta (Axicabtagene ciloleucel), to treat adult relapsed or refractory B-cell lymphoma. Disease severity justified not performing controlled trials, and phase II trials provided the strongest evidence at the time for efficacy. A third CAR-T intervention, JCAR017 (Lisocabtagene maraleucel), is also under consideration for approval to treat adult nonHodgkin’s lymphoma and B-cell lymphoma. However, it is unclear whether treatment response to CAR-T therapy is the same outside of trial settings, as study participants may differ in important ways from the general population with the same diagnosis. We sought to address this concern by comparing CAR-T trial and participant characteristics with a population-based sample of adult non-Hodgkin’s lymphoma and B-cell lymphoma patients.

Treatment effectiveness among the general patient population may be lower than in research studies because trials were designed to demonstrate efficacy in patients with severe disease. CAR-T may also be less effective for patients in the general population, who may have more comorbidities than did trial participants. However, treatment may be more successful in general practice with patients whose disease is not as advanced as that observed in study participants. Although we found no published observational studies, newly established CAR-T patient registries aim to follow patients for longer than their untreated life expectancy. In the future, these registries may provide information about how treatment effectiveness might vary between trial participants and the general population. In the meantime, understanding differences between the trial populations and the comparable SEER population provides some insight into how these therapies will function in general practice.

This report is part of the RAND Corporation External publication series. Many RAND studies are published in peer-reviewed scholarly journals, as chapters in commercial books, or as documents published by other organizations.

Permission is given to duplicate this electronic document for personal use only, as long as it is unaltered and complete. Copies may not be duplicated for commercial purposes. Unauthorized posting of RAND PDFs to a non-RAND Web site is prohibited. RAND PDFs are protected under copyright law. For information on reprint and linking permissions, please visit the RAND Permissions page.