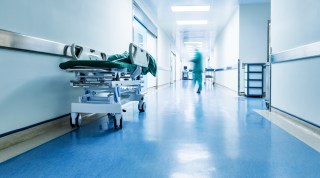 Loren Adler, Erin Duffy, and Matthew Fiedler recently provided comments to the Centers for Medicare and Medicaid Services (CMS) on CMS’ proposal to resume network adequacy reviews for qualified health plans offered in states that use the federal enrollment platform. Their letter urges CMS not to implement network adequacy standards related to emergency physicians because doing so would increase patient out-of-pocket costs and premiums without improving patient access.

In brief, they argue that while network adequacy standards often have a role to play in protecting patient access to care and limiting patients’ exposure to costly out-of-network care, that is unlikely to be the case in the context of emergency physician services because other federal laws—namely the Emergency Medical Treatment and Labor Act and the No Surprises Act—already protect consumers in these ways. However, applying network adequacy standards in this context would have the potential to increase the prices that insurers pay for health care by increasing the leverage that large emergency physician staffing companies and group practices hold in their contract negotiations with insurers. These higher prices would ultimately translate into higher out-of-pocket costs as well as higher premiums.

The Brookings Institution is financed through the support of a diverse array of foundations, corporations, governments, individuals, as well as an endowment. A list of donors can be found in our annual reports published online here. The findings, interpretations, and conclusions in this report are solely those of its author(s) and are not influenced by any donation.