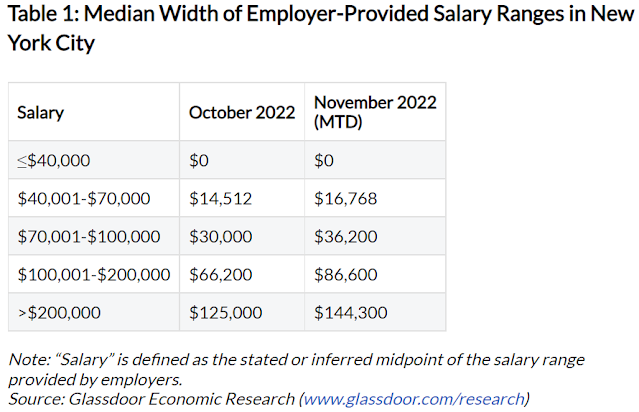 "Pay ranges are being published on the majority of active job listings. 60 percent of job listings in New York City have employer-provided salaries as of November 12, and there are hints of a spillover effect to neighboring states.

"Ranges have widened significantly, but remain relatively narrow. The median width of salary ranges has widened from $10,000 in October to as wide as $20,000 so far in November. Less than 3 percent of daily active job listings in November have a salary range wider than $100,000.

"Professional services like Financial Services, Information Technology and Pharmaceutical & Biotechnology are the slowest to add pay ranges to their pay ranges. This may mean enforcing pay transparency will matter more in these higher-salary industries than in lower-wage industries."